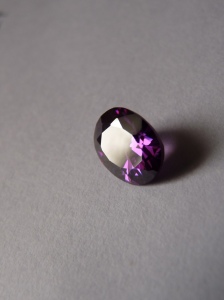 ONE OF THE journalism basics I was taught that it took a long time to shake off was the idea of getting both sides of the story. Admirable as it may sound, I actually found it to be an unhelpful concept because so many times life is much more complicated than A or B, this or that.

Often there are not only various shades of A-ness or B-ness and scales of thisitude and thatitude, but there are additional facets and factors. Rather than two sides to a story, there may be many.

That’s worth keeping in mind at a time when, increasingly, disagreement is being boiled down to black and white, in or out, up or down differences: If you don’t agree with me on everything I say, then you must be for everything I am against.

The trouble with these kind of rigid, simplistic narratives is that they don’t hold up to close examination. I’m reminded of the classic “What have the Romans ever done for us?” scene in Monty Python’s The Life of Brian—which in its day was itself an either/or topic of conversation, of course.

And then I thought of something else that a Roman did for the Jews which muddies the us-and-them divide. Rereading the Luke 7 account of Jesus’ healing of the centurion’s servant further illustrated for me how tricky it can be to draw lines.

The accepted backdrop for the Gospels is that the Jews detested being under Roman rule. A nation under occupation, they longed for the Messiah who would deliver them from their oppressors.

Many certainly did, for sure. The Romans ruled with an iron sandal and there were various attempted uprisings. But it’s not clear that all Jews despised all Romans all the time, or vice versa.

We read that when Jesus arrives in Capernaum, He is approached by a group of Jewish elders on behalf of a Roman centurion. Now, the passage says they were sent by him, not that he asked them would they go, pretty please, or that they volunteered.

So it’s possible that they are suffering from Stockholm Syndrome, or that they feel they had no choice, or that they agreed because they are trying to curry favor. But when they encounter Jesus they speak highly of the centurion, telling Him that “he loves our nation, and he is the one who built us our synagogue” (verse 5).

This doesn’t sound like people under duress, though we cannot be certain of the elders’ motives: genuine concern or self-interested survival?

The same is true for the centurion himself. Given that he has sought Jesus’ healing of the servant he “highly valued” (verse 2), and he funded the building of the synagogue, he appears to be a man of some character and concern.

On the other hand, maybe he has selfish motives: perhaps he just doesn’t want to lose his best worker because of the personal inconvenience, and maybe the building project was just an exercise in appeasement, a political move.

Tempering that cynical view is that he doesn’t come across as someone who is too big for his sandals: while acknowledging that he has some power, he also recognizes that he too is “a man set under authority” (verse 8).

Then, while we’re weighing everyone’s words and motives to try to work out who stands where, Jesus cuts through it all to cite the centurion as an example of great faith (verse 9). Telling the Jews that one of their (generally hated) overlords is a religious role model for them is not likely to win Him much applause.

All of this reminds me that so much isn’t as clear-cut as we might like to make it. Life is less like a coin, with two opposite faces, than a diamond, with multiple faces.