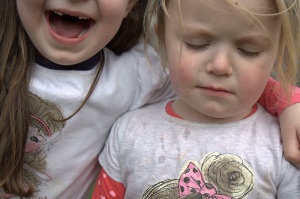 AS SOMEONE WITH a major sweet tooth, I always used to decline chocolate-coated peanuts on the basis that they had a major design flaw: the peanut. After all, take it out, and then you can fill all that space with more chocolate, right? Then I tried one.

Turns out that there’s something better than just sweet―salty and sweet. Somehow the two just seem to accent each other. And, I’m discovering, the same thing can apply to celebrations. Happiness can be heightened with a hint of sadness. Joy may be richer with a splash of grief.

Which is how I have come to think of Thanksgiving slightly differently.

I fell in love with the holiday soon after arriving in the United States more than two decades ago. I was intrigued to learn that people put more effort into getting together with family then than they do at Christmas-time, making it the busiest travel period of the year. While I love the gift-sharing on December 25, I was touched by how people go to so much effort just to be there a month earlier. They make all that effort not for the presents, but just to be present.

I’ve celebrated Thanksgiving in a number of different settings through the years. When the kids were smaller, we had no extended family of our own close by. So, we used to gather various waifs and strays from our church for the day. One year I was even separated from everyone by business travel. So, I shared the holiday with others similarly marooned by our badly-timed fate. As my children have grown, with kids of their own, there have been absences at the table created by the tug of other families.

For some this year there may be empty seats because of divorce, bereavement, addiction, imprisonment, or military service. While you celebrate those who can be there, you also mourn those who can’t or aren’t. My hope for you is that somehow the happiness sweetens the heartache, while the heartache in turn sharpens the happiness.

I’m reminded of when some of the people of Israel were allowed to return from exile to help rebuild the Temple in Jerusalem. When they had laid the new foundation, they gathered to mark the occasion. Ezra 3 records how some of the older people who remembered the former Temple wept, while others―presumably younger folk with no similar memory―shouted for joy.

Tears and smiles, hugs and empty arms, wistful memories and bright hopes for the future, sweetness and sadness.