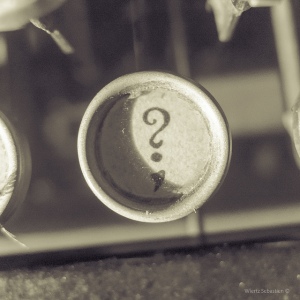 LIKE A GOURMET meal, the best journalism depends on having the right ingredients. Gifted cooks can make macaroni cheese taste pretty good, but they can’t produce a real banquet without having the best fixings to work with. It’s why so much of today’s go-with-what-we’ve-got “news” is just fast food, a few morsels to be gobbled down.

A skilled writer with only the bare facts to work with may be able to capture your attention for a moment, but their work will be so much more compelling when they have rich detail. It’s all about having a full set of paints: imagine if Van Gogh had no blue for The Starry Night.

So, whenever I’ve taught on writing, I’ve spent plenty of time on preparation, sometimes frustrating those who want to jump into putting words on paper. But I tell them that you can only work with what you’ve got, so it’s important to spend time gathering all the information you can.

If you’re going to do much more than rehash existing material, that usually requires talking to people, and there is a real art to asking good questions. As I have observed before, there are no dumb questions, though there are smarter ways of asking some things.

For instance, How could you have been you be so stupid? isn’t likely to draw your source out—though it could make good theater if your interview is on film. What were you thinking when you did that? might be a bit less confrontational if you really want to know, and a lot more revealing.

Over the years I have learned how to read people’s tone and body language, how to ask direct questions indirectly so the interviewee doesn’t think you are attacking them personally, and how to gently point out when people are contradicting themselves.

But for the longest time, I was too proud to ask what may be the most important question a journalist can pose. Rudyard Kipling’s famous who, what, why, where, when, and how are important, of course, but they are incomplete without: Anything else?

When I was younger and a bit more insecure, I thought that asking this might make me look sort of amateurish, as though I didn’t know what I was doing. But now I realize that it actually demonstrates a quiet sort of coincidence.

So I typically end an interview that way, after asking my many whos, whys, wheres, whats, whens, and hows. I”ll say, “So, as you think back over our conversation, is there anything you’d like to revisit to clarify or emphasize? Or is there anything that I haven’t asked you that you think I should have?”

This does three things. First, it allows for the fact that I may have missed something that I should have asked: no one is perfect, after all. Second, it gives the interviewer a chance to evaluate the conversation and in one sense “sign off.” They may not like or agree with what you subsequently write, but they can’t claim you didn’t hear them out.

Finally, it also is a token measure of the humility that is so necessary for journalists to have. As “truthtellers,” it’s important to acknowledge that much as we may want to think we are unbiased and impartial, we all have blind spots and prejudices that can affect the way we see and interpret things. The first step to countering that is to ask someone else if we missed something.