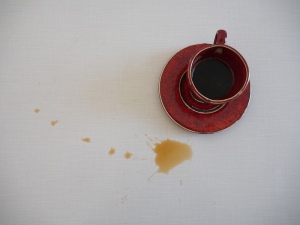 ONE OF THE many things I loved about living in Amsterdam for several years was learning the language, to a degree, and discovering how some English words were translated into Dutch. Like hospitality, which became gastvrijheid, when the words gast (guest) and vrijheid (freedom) were put together. Literally, guest freedom. Perhaps I remember that example so well because I experienced it personally.

See, you typically don’t get invited many places when you have four children under the age of nine. Especially when it is known that if someone in the Western hemisphere even thinks of pouring a drink, one of the four (no names, no pack drill, but usually the second-born) is going to manage to knock it over.

So Silvija’s invitation for lunch was both unusual and a little bit unnerving. We didn’t know at the time that she was actually applying for the role of surrogate grandmother.

We’d grown to like her on the few occasions we had spoken after Sunday services at the Anglican church we’d begun attending since moving from England to Amsterdam. Tall and still striking in her seventies, she wore her long silver hair swept up, held in place with a pearl comb.

With her East European-accented English, and tales of fleeing the Nazis, seeing World War II out in England before resettling in Brazil, later making a home in Holland, she carried herself like a royal in exile—and with a twinkle in her eye.

Silvija lived in the old Jewish quarter of Amsterdam. She welcomed us “dahlinks” warmly to the apartment that had been her late husband, Martijn’s home since he was a young man. Our children were wide-eyed as she showed them the overhead cupboards in which Martijn had helped hide Jewish children from German round-ups during the war.

Then it was time to eat. Silvija led us into the dining room, and my heart sank. Upholstered, dark wooden chairs were set around an elegant table. Soft tablecloths and napkins as white as snow on the Russian Steppes. Silverware that sparkled. Cut-glass goblets. And a small carton of chocolate milk at each of the kids’ places.

I felt as though I was leading the cast of The Little Rascals onto the set of Dr. Zhivago.

We seated the children as Silvija excused herself and went to the adjoining kitchen. I leaned forward, and in my best effort at a Dr. Dobsonly mix of warmth and warning suggested, quietly I thought, that they might want to be really, really, really, really careful when they drank, because we wouldn’t want to make a mess for Silvija, would we? They agreed.

Silvija returned with some bread rolls and laid them in the center of the table. Standing up tall, she picked up one of the chocolate cartons. “Dahlinks,” she said to the children. “Please do watch out when you drink, because these could make a terrible mess if you are not careful.”

She shook the carton from side to side, and some of the chocolate splashed onto the virgin tablecloth. “But oh,” she shrugged. “It’s happened now, so it won’t matter so much.” The children looked at her with eyes bigger than the dinner plates in front of them. Silvija had the job.

She placed the carton back on the table, winked at me, and went back into the kitchen.

Originally published as Wishing for home on March 25, 2013.