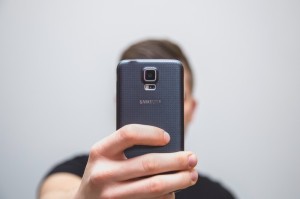 WITH THE WARNING about throwing stones and glass houses in the back of my mind, I feel the need to pick up a pebble and pitch it. Fellow bloggers, please keep in mind there’s posting and then there’s posturing.

And what’s the difference? UR.

I want to go away from reading your work gratefully better informed about an issue or provoked in my thinking, not focused on you personally.

Given that it’s called social media, we shouldn’t be surprised about the tug towards self-absorption. Nor am I saying that there’s no place for sharing ourselves.

After all, personal narrative drives much great humor and can also enrich commentary and journalism. “Just-the-facts” reporting may accurately reflect what someone said and did, but it’s often only black-and-white, two-dimensional. When a writer carefully inserts himself or herself into the narrative and explores how they interact with an issue or an interviewee, it can add splashes of color, making that situation or person more three-dimensional.

The trick is to add just enough of you that the reader learns more about what you’re writing about, rather than redirecting attention away from the subject to you, the writer.

In the first I point people to the big picture. In the second I train the lens on myself.

This is a fuzzy line, to be sure, but there are tell-tale signs to look out for. By way of example, when someone writes about a social ill and declares “not on my watch,” I can’t help feeling they are maybe just a little bit too full of themselves. The point has become not the awful wrong, but their noble concern about it.

That’s not a danger limited to blogging. Ever noticed how, in the wake of the latest disaster, so many Facebook and Twitter posts are about how terrible the poster feels about what has happened, not about the terribleness of what happened?

Then there are the humblebrags. If someone writes about being “wrecked” spiritually, it seems to me they are quietly calling more attention to the depth of their character than the heights of God’s grace and goodness. And I’ve written previously about the dangers of overusing the word “story” to talk about a person’s life.

Thirty-plus years ago, anticipating our Instagram-Facebook-Twitter-saturated world, media philosopher Marshall McLuhan famously observed that “the medium is the message,” meaning that the very form of communication shapes how something is received.

He might also have warned about the tendency for the messenger to become the message. Let’s write to be heard, not seen.