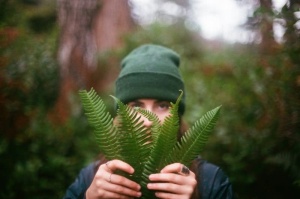 FOUR SIMPLE WORDS strike fear in the hearts of many guys (me included): “We need to talk.” As someone who has spent much of his life shrinking from conflict and criticism, I’d typically choose a root canal over an awkward conversation.

But I am learning that it’s not always bad. Actually, it can be a bit like that dental procedure: what may hurt for a while is only intended to make things better for you.

As is often the case for me, I saw this more clearly first in someone else’s life. I suspect I am not alone in finding it easier—at times—to hear God for other people than for myself.

Marcia and I were talking with a young couple working through some marriage struggles. Part of that involved them facing some messy places in their lives, where it would be easy to let shame smother the healing that comes when things emerge into the open.

I talked about how God doesn’t expose things in our lives so that they can become a barrier between us and Him, but so that those things can be removed and relationship restored. The aim is to draw us closer, not drive us away.

We see that desire from the get-go. Adam and Eve have disobeyed and are hiding in the bushes when God shows up for His afternoon stroll with them. “Where are you?” He asks (Gen. 3:9).

Why the question? Does God really not know where they are? Hardly. Hebrews 4:13 says, “And no creature is hidden from his sight, but all are naked and exposed to the eyes of him to whom we must give account.”

God was well aware of what had gone down. He could have shown up and put His hands on His hips and said, “Adam. Eve. Come here.” But he didn’t issue a summons; He gave an invitation. He didn’t call them out, He called them in.

Now that isn’t always going to be the case for us in human relationships, of course. Some people do want to call us to account, rather than to encounter. But I am learning to take a deep breath when facing conflict or criticism, and to try to really listen to the words and the tone.

Are they bringing this up because they want to make things right between us or because they want to tell me I am wrong? Even if it’s just the latter, that doesn’t mean I get to ignore what they have to say. I can choose to hear an opportunity for connection rather than mere correction, and respond accordingly.

Conversely, I realize that I need to be more aware of how I bring up issues that need resolving with others. Am I calling them out, or am I calling them in? My motive and manner may play a significant part in how well it goes.

Coming out of hiding has its risks, but we’ll never be clearly seen or known while in the bushes.

4 Responses to “Called out of hiding”