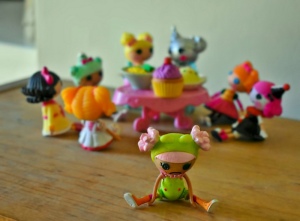 I SUSPECT THAT two of the biggest groups in many churches are those who feel they are not really welcome, and those that may seem to be “in” but worry they wouldn’t be if people really knew what they were like. For each, there’s good news in the familiar story of Zacchaeus.

He was definitely an outsider. As a tax collector, Zacchaeus had two strikes against him—not only did he take people’s money, he did so on behalf of the despised Romans. It’s likely that many also presumed he was lining his pockets in some sort of scam; after all, that’s just what tax collectors did in that era.

But this doesn’t seem to have been the case with Zacchaeus. In the account of his life-changing encounter with Jesus, in Luke 19, we read that he immediately gave half his money to the poor and then pledged to pay back four times anyone he had defrauded. Simple math suggests he can’t have been too corrupt or he would have quickly run out of money before settling with everyone.

Nonetheless, he got the cold shoulder—literally. When he heard Jesus was coming to Jericho, Zacchaeus wanted to see Him “but on account of the crowd he could not, because he was small in stature” (Luke 19:3).

Aren’t shorties and kids normally allowed to worm their way to the front of a crowd so they can see? Can’t you picture the people realizing that it’s Zacchaeus behind them and then, pretending they don’t see him, pressing closer together in a passive-aggressive kind of way to get back at him?

Ever had the same thing happen to you? Approached a group of people only to have them pointedly ignore you? Suspected you were frozen out because of what they thought about you? If so, don’t confuse the crowd with the reason for its existence. Not only did Jesus not ignore Zacchaeus, He actively sought him out.

You may recall that, blocked from seeing, the stiff-armed tax collector had run ahead of Jesus’ entourage and climbed up a sycamore tree. Sycamore trees are big and leafy, which suggests two things.

One, while it may have been the only vantage point around, perhaps Zacchaeus chose it because he could check Jesus out from a safe distance—see without being seen. There’s echoes of Adam and Eve after the fall here, hiding in the bushes and behind their fig leaves as God draws near.

Isn’t that just like us sometimes, longing to be close but kind of scared at the same time? If that’s you, take encouragement from the second sycamore significance—that Jesus sees through the crowd and the bushes, past not only what may be blocking you but also whatever you may be hiding behind.

He’s actually a master at this sort of thing. A few chapters earlier, Luke 8 contains the account of the woman with the issue of blood who found healing by touching the hem of Jesus’ garment from behind. He stopped everything and asked who touched Him.

The disciples shook their heads and said, “You’ve got to be kidding, it’s a zoo here.” But He knew—and He knows—when someone is intentionally reaching out to Him with all they have, not just spectatoring.

In the same way, He saw Zacchaeus—beyond and behind the crowd, tucked away in the branches of a tree. Chance? I think not. Just a chapter earlier, in Luke 18, Jesus told the parable of the Pharisee and the tax collector at prayer in the temple, saying that it was the latter that went home justified. I wonder if, as He arrived in Jericho, Jesus smiled at the opportunity to turn a parable into a real-life story, just as He turned water into wine.

And then Jesus blew the crowd away. First, he called Zacchaeus by name—He knew who he was and even who he was supposed to be (after all, Zacchaeus means “clean, pure.”). Next—and bear in mind that sharing a meal was a sign of friendship and intimacy—He invited Himself to Zacchaeus’s house for lunch (Luke 19:5). No surprise that the crowd “all grumbled” (Luke 19:6) like the Ugly Sisters after Cinderella’s foot slipped perfectly into the glass slipper.

Jesus sees those on the edges and invites them closer. That includes you.

Photo credit: In The USA 17 Years Ago Today! via Foter.com/CC BY-NC-ND