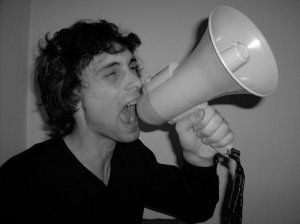 ONE REASON MANY Christian organizations fall down when it comes to working effectively with the media is that they forget “here” what they know “there.”

Out in their field of expertise—whether that’s reaching disaffected young people in the inner cities of the United States or people in far-flung, non-Christian parts of the world—ministries know the importance of contextualization.

They are well aware that to reach someone with the gospel, they must understand other people’s culture and language, and look for bridges to reach across the gap. In other words, you can’t expect or require others to listen to what you have to say on your terms and in your terminology.

Unfortunately, many groups don’t remember to apply the same fundamental principles when communicating about what they do to the media, be that Christian or “secular.”

They fail to appreciate a vital distinction: a press release is not a piece of marketing copy. They aren’t not writing to potential supporters or donors, but to journalists. They aren’t selling a cause, but pitching a story.

The decision the media will make will not be whether to cut you a check. Instead, it will be whether or not to publish or broadcast something about what you’re doing (which may ultimately prompt others to support you, but that’s a secondary result).

With that in mind, your piece should be less heart-focused than headline-focused. Journalists hear about good people doing good things all day long. There has to be some sort of solid news hook for them to choose to highlight your work above anyone else’s. Give them details, not just warm fuzzies. Drop all the flowery talk and stick to the facts.

Don’t forget that it’s not the journalist’s job to act as your ministry’s public relations arm. Your press release reader is not a partisan supporter or potential donor. He or she is a neutral party, basing their decision on what to do with what you have told them. It has little to do with how nice you are or how worthy you feel your cause may be. It’s all about whether they think it is going to be of interest to their audience.

What does this mean in practical terms? Remember that a press release is sort of like an audition. The reader is not the audience, but he or she decides if they want to put you in front of one. They are the gatekeeper, not the crowd.

Too many times I have worked with clients who just don’t get this, peppering their press releases with the kind of content and wording that should be confined to a fundraising letter. Then, many wonder why they don’t get heard. It’s because they are speaking the wrong language.