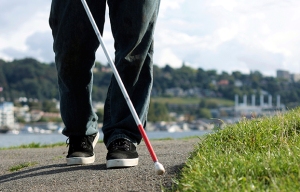 HAVING THROWN A few pity parties in my time, I have learned this about them: not many people want to come, and those that do show up tend not to stay very long. “My, is that the time already? Must be going. Sorry. Are you going to have some more whine before I leave?”

Misery may like company, but the reverse is not true.

I’m not suggesting we pretend everything’s great when it isn’t. Sometimes life just sucks. And it’s good to have people with whom you can be real, who’ll give you room to let it all hang out. But I have come to realize that when you’re too busy feeling sorry for yourself, you end up not leaving enough space for anyone else to feel sorry with or for you. They can’t sigh along with you if you have sucked all the air out of the room.

Having said that, I’m not really big on the “just count your blessings” counsel. This often seems close to, “Yes, you may be really unhappy right now, but just think, things could be even worse, you know.” Sort of like the old joke, “Well, apart from that, Mrs. Lincoln, what did you think of the play?”

For me, finding a sense of perspective when the sky is blaagh rather than blue comes not from focusing on my lot, but from reflecting on how some other people play hands they’ve been dealt that are much worse than mine. Right up there with them is Brian, my blind friend who helped me to see more clearly.

He lost the sight in one eye in a childhood accident. He lost the sight in the other to another injury a few years later. By the time we met, he was married with three children, and a sense of adventure that put me to shame. He was too busy working out how to do what he wanted to, to spend much time feeling sorry for himself for being blind.

I was the sort of inept guy who thought changing a lock on a cupboard door was advanced engineering. He plumbed in his new washing machine single-handed, and built and wired a train set in the attic for his son. He loved aircraft, and would head off with his guide dog on the train to air shows, to stand in the crowd and listen to the planes fly overhead. He delighted in going to auctions, enlisting some unsuspecting by-stander to describe what was on offer.

Basically, he didn’t seem to know the word can’t. Which is how one night I ended up on the top of a ladder, helping him hang wallpaper in the bedroom he’d just subdivided for two of the kids. Bear in mind, my idea of home improvement at this stage was wiping my children’s fingerprints off the door jambs.

It was late, and there was no light in the room because Brian didn’t need it, of course, and the wiring hadn’t been finished. So there I was up top, wobbling on the ladder in the dark, and holding the length of paper while he was at the bottom. This was, naturally, finely striped wallpaper that needed to be matched properly.

“Is it straight?” he asked from below.

Brian chuckled. “Well, you’re not much help, are you,” he said. And we both laughed.

Brian couldn’t see, but remembering his attitude continues to help me look at things differently when times seem hard.

Photo: Society for the Blind