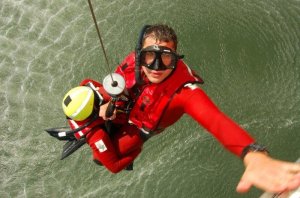 The story goes that a young nun prayed fervently for years for God to take away a particular besetting sin (yes, she had a bad habit; ba dum tss). Finally, one morning, after much pleading, He answered. No, He wasn’t going to take it away from her, He said; He wanted her to give it to Him.

I have seen the messy, complicated world of addiction close up enough to know that there are no easy answers to life-controlling issues. For some folks, simply gritting your teeth and trying harder isn’t going to cut it. Equally, just saying that people should be left to hit rock bottom is all fine and good until they are someone really close to you, and you realize that some strugglers hit rock bottom so hard they never get up again.

But while recognizing that some personal struggles aren’t easily overcome, I have noticed a tendency in myself and others. Sometimes we are looking for rescue, while God is looking for repentance.

On occasions, it seems to me, we can take unanswered prayers as a license to keep doing what we know we shouldn’t, or wish we wouldn’t. The rationalization goes like this: God knows that I cannot change on my own, so if He is not going to do anything about it, He must be kind of okay with it.

But Jesus didn’t tell those who were struggling to sit back right there, He’d be with them soon and make things easier for them. He said, “Come to me, all who labor and are heavy laden, and I will give you rest” (Matt. 11:28). They had to make the first move, take the first step, show they had some skin in the game.

It was the same with the lame man, at least figuratively. The guy had been lying near the pool of Bethesda in Jerusalem for almost 40 years when Jesus came by. In all that time, he’d never once had the opportunity to get into the healing waters ahead of others? Were they always stirred up? Or had he just accepted things the way they were?

“Do you want to be healed?” Jesus asked him.

When faced with our bent toward brokenness, we can do one of three things. Give in to it (because we know it’s only a matter of time until we do it, anyway). Give up on it (believing that things are never going to change). Or, give it over to God.

When we take a step toward Jesus, we are ‘fessing up. We are acknowledging whatever complicity we may have in our circumstances, we are accepting our responsibility, admitting our inability to do anything about it, and appealing for His intervention. It’s the kind of repentance that can lead to rescue. Sometimes we have to do what little we can before God will do all He can.