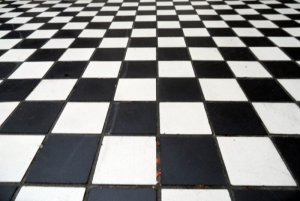 SOME PREACHERS are like movie poster copywriters—they take part of what someone said and with the judicious use of a few omissions and some ellipses make a sunnier declaration than may be warranted.

Like the reviewer whose name was attached to a DVD release under the quote, “A comedic masterstroke.” His original sentence was slightly different: “To be fair to whoever refashioned Accidental Love from the abandoned scraps of Nailed, there’s little reason to believe that the ideal, untroubled version of the material would have been a comedic masterstroke.” Context makes all the difference.

The same is true with a bunch of partial Bible verses that get thrown around like fortune cookies. For example, God’s promise to “restore to you the years that the swarming locust has eaten” (Joel 2:25) has a nice ring to it when you’re going through hard times. But we usually avoid the rest of the verse that explains He had sent the pests in the first place as a judgment. Want a side of smack on the hand with that portion of blessing?

Then there’s Mordecai’s stirring “such a time as this” encouragement to Esther, often quoted with a noble sense of drama and destiny. It’s as though all the universe has aligned for you at just this moment. All you have to do is step up and everything is going to be great.

Well, yes, but . . . as queen, Esther is the only one who can get an audience with King Ahasuerus in time to avert his planned destruction of the Jews. When Mordecai urges her to go and try to intervene, she points out that to step into the king’s presence uninvited is risking her life.

Mordecai’s response is not totally faith-stirring. He tells her (Esther 4:13-14), “Do not think to yourself that in the king’s palace you will escape any more than all the other Jews. For if you keep silent at this time, relief and deliverance will rise for the Jews from another place, but you and your father’s house will perish. And who knows whether you have not come to the kingdom for such a time as this?”

My translation: Hey, you could die anyway. If you don’t step up, God will use someone else. So why not give it a shot?

Strangely, I find the contextual version of Mordecai’s declaration, with its ambivalence—some shades of gray in there with the black and white, certainty laced with uncertainty—inviting and inspiring. Much more so than the movie poster edit we so often hear as a call to action.