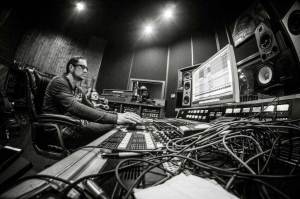 WHEN I’M TALKING with a prospective author about possibly collaborating on a writing project, I will often use the analogy of a music producer to explain what I may be able to bring to the table.

It’s their song and their voice, I tell them, and my role is to help them sound as good and as true as possible, not make them something they are not. But because I don’t hear things exactly the way they do, and I’m less attached to the original version, I might be able to suggest some tweaks that are an improvement.

That may involve suggesting they drop their beloved guitar solo in the middle (that overlong favorite childhood story) because it makes things drag, adding some drums in that dead space (pushing them to be bolder about some part of the narrative), or rewriting a snappier chorus (emphasizing the theme or thread running through the piece). The result, hopefully, is music that better resonates with people. As one rock magazine said, “Behind every great album is a truly great music producer.”

There is a long heritage of influential producers. Some of them—like Jeff Lynne and Brian Eno—are celebrated musicians in their own right. But many have been content to be behind-the-sceners—though would John, Paul, George, and Ringo have been the same without the skills of producer George Martin, known as “the fifth Beatle”?

Or, for that matter, where would Moses have been without Aaron? God may have given Moses the message for Pharaoh—that the Israelites were going to be leaving—but it was Aaron who helped deliver it. Moses complained to God, “I am not eloquent, either in the past or since you have spoken to your servant, but I am slow of speech and of tongue” (Exod. 4:10).

Lesson? Just because God has given you a message doesn’t mean you may not need some help in sharing it. God’s answer to Moses: “Is there not Aaron, your brother, the Levite? I know that he can speak well. . . . You shall speak to him and put the words in his mouth, and I will be with your mouth and with his mouth and will teach you both what to do” (Exod. 4:14-15).

And so began one of the most powerful communication collaborations in history, one that ended up freeing an entire people: “Moses told Aaron all the words of the Lord with which he had sent him to speak, and all the signs that he had commanded him to do. . . . Aaron spoke all the words that the Lord had spoken to Moses. . . . And the people believed; and when they heard that the Lord had visited the people of Israel and that he had seen their affliction, they bowed their heads and worshiped” (Exod. 4:28–31).

It took two of them. Maybe that’s why they call it collaboration.