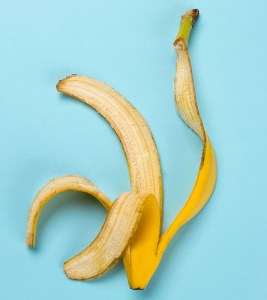 IN THE GREAT Bible Blooper Reel of things people said and did that they probably wish they hadn’t, Nathanael’s contribution has to be one of the best.

When Philip tells him that he has discovered the long-promised Messiah, Nathanael asks him, “Can anything good come out of Nazareth?” (John 1:46).

His response is a cautionary reminder that—if we aren’t careful—we can miss out on what God has been doing, is doing, and wants to do in our lives.

Some have put Nathanael’s banana skin dismissal down to simple disregard for spiritual matters, but that doesn’t really work. The fact that Philip sought him out to tell him about Jesus suggests that he considered Nathanael to have some sort of spiritual affinity.

Plus, when he encounters Jesus for himself and professes Him as Lord, Jesus tells Nathanael he is “an Israelite indeed, in whom there is no deceit!” (John 1:47). In other words, Nathanael has a good heart.

There is also the possibility that Nathanael’s doubting of Jesus because He comes from Nazareth reveals some religious insights. It may be that he is pointing out that none of old prophecies about the coming Messiah specifically mention Nazareth—suggesting his familiarity with Scripture, and again evidence of his spiritual leanings.

However, he is only half-right in his observation. Nazareth isn’t mentioned by name in any of the Old Testament prophecies, that’s true. Yet Matthew 2:23 records that Joseph “went and lived in a city called Nazareth, so that what was spoken by the prophets might be fulfilled, that he would be called a Nazarene.”

How so? One view is that this is a play on the word netzer, which is Hebrew for branch—and the coming Messiah was referenced as such in Isaiah 11:1, “There shall come forth a shoot from the stump of Jesse, and a branch from his roots shall bear fruit.”

Regardless of how much Nathanael does know about Nazareth, it’s what he doesn’t know that is most important. To him, Nazareth is just a small backwater town. He does not know that a sinless being has lived there for the past 30 years. He does not know that it was the location of one of the most amazing supernatural encounters in all history, when an angel went to a teenage girl there and told her she would bear the incarnation of God who would take away the sin of the world.

Nathanael reminds us that even with a good heart and some measure of religious leaning, we can get things majorly wrong. Our hope is in having enough openness, like Nathanael, to respond to the invitation to “come and see” (John 1:46).

When we do, Jesus will reveal more of Himself to us. Just as we were promised in Jeremiah 29:13, “You will seek me and find me, when you seek me with all your heart.”