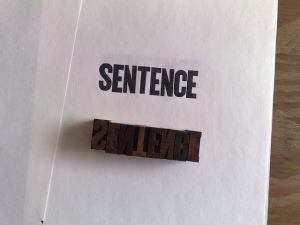 I HAVE FOUND it. The answer. To good writing. Finally. And it is so…Simple.

For years I struggled. Striving to improve my craft. Sweating over structure. Wrestling with syntax. Agonizing over grammar. And then I realized.

There’s a way to do it. To make people notice. To get their attention. To keep them riveted. To…matter.

That’s it. Just write short sentences. Like this one, maybe. Or this one. Better still. Best!

Ring a bell? You have probably seen them. Blogs. Pop-up ads. Email blasts.

Want to learn? How to do it? Like me? Easy. Let me tell you.

Why this approach? Three good reasons.

First, you don’t need to know where you’re going. You just start. Write a short sentence. Then another. Add one more. Before you know it, hey, a paragraph! It’s the prose equivalent of a progressive meal.

Then, there’s the form thing. You don’t have to worry. About construction and things like that. You never have to fear; placing a semi-colon incorrectly. Because you never use them. Ever. Just a full point at the end of a sentence. Period.

Throw in a few ellipses. They look good. And make you seem…thoughtful.

Go to the next level by repeating yourself. Say the same thing. But a bit differently. Short, of course. Break it down. Break. It. Down.

Another trick? Yep, a question. Because it seems so… personal. Intimate. Vulnerable. I didn’t always know the answer, either. But, you know what? I do now. And I am going to tell you.

The idea, always sound like you are just about to say…Something important. Maybe in the next short sentence. Maybe.